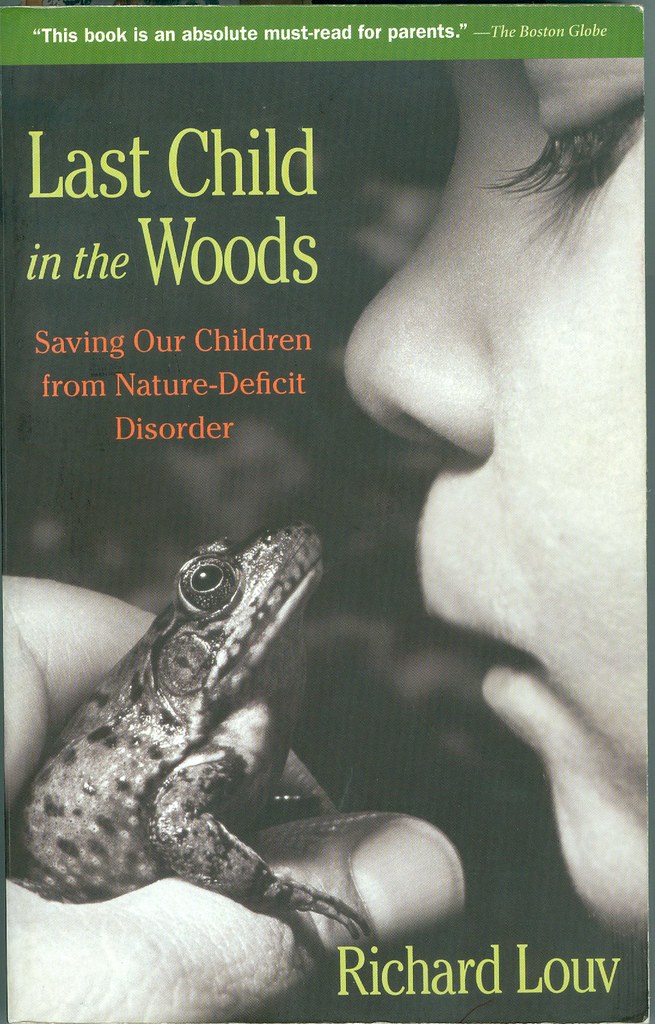 This photo is licensed under a Creative Commons Attribution 2.0 Generic License.

Richard Louv made a great breakthrough into North American consciousness with the publication of his 2005 book, Last Child in the Woods, where he offered a spiritual description in psychological diagnostic terms, of “nature-deficit disorder”. Akin to Rachel Carson’s realizing the silence in spring was due to a decline in bird populations in the 1960s, leading to her insights into the effects of DDT, Louv realizes that the newest generation of children were growing up without regular experience in natural settings. A multitude of factors linked to increasing urbanization (factors like far more time spent indoors, alongside increased population density leading to a decrease in outdoor play spaces) and new technologies (such as cellphones and social media) are combining to cause a “deficit” in children’s exposure to nature. This is unlike any generation preceding, ever, a scenario that Louv describes as being tantamount to a disorder in its effects, helping to explain symptoms like obesity, attentional problems, anxiety, and depression.

Perhaps it seems obvious due to hindsight bias, but the insight that Louv is one of the first to name clearly, is that “exposure” to nature is in fact essential to human mental health. While more and more studies support this claim, at the time of Louv’s publication it was new. Perhaps it had such a strong response because it focused on the effects on children; the effects on adults are similar, as studies have borne out. Louv himself documents these in a follow-up book, “The Nature Principle: Reconnecting with life in a virtual age”, published in 2011.

Following from this work, Louv created the Children & Nature Network, which aims to address nature-deficit disorder and encourage more outdoor opportunities within cities and within schools by greening schoolyards and fostering greater awareness of the need of children – in fact, of all of us – to experience the outdoors and natural spaces.

What is Nature-Deficit Disorder?